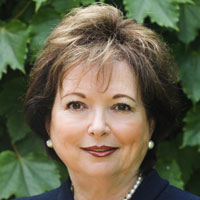 Ellyn is a veteran of start-ups and is a leadership and management consultant and past CEO of six companies over 45 years.   An award-winning author and food service executive, she is a nationally recognized public speaker in the area of employee motivation, leadership, communication, and management.

Ellyn has devoted her career to opening doors for other professionals, and to inspire her colleagues to take risks and find new and different approaches to solving organizational and business challenges.

Currently serving as President of Congregation Beth Shalom, Ellyn possesses valuable experience having worked with over a dozen non-profit organizations. When not volunteering she loves to spend time in her garden, cooking, golfing and spending time with her family. 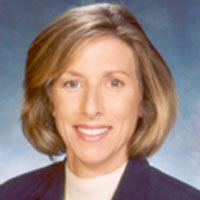 Working in Land Use and Planning since 1984, Beth is the owner and principal of Balanced Planning, a firm that provides project management for businesses and landowners during the land use entitlement process.

Beth served on the Napa County General Plan Steering Committee and President of the Board of Leadership Napa Valley.  She is currently a Director for the Napa Resource Conservation District, a Planning Commissioner for the City of Napa and Vice President of Congregation Beth Shalom.

Beth has lived in Napa since 1995 with her husband Brooks Painter.  In her spare time she loves to garden, cook, golf, and travel as much as possible! 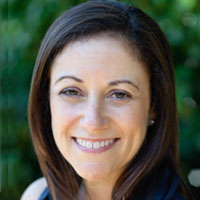 Suzanne has over 33 years of professional experience working with cities and counties in California as a local government administrator and human resources professional focusing on business process improvement, change management, and improved human resource practices.

Suzanne retired in 2017 to pursue the things that bring joy into her life, including spending time with her two daughters, Elizabeth and Allison, hiking, traveling, and enriching her life with cultural and learning opportunities.  She also serves as a Civil Service Commissioner for the City of Napa and mentors and coaches people in finding their passion as they grow in their careers and life. 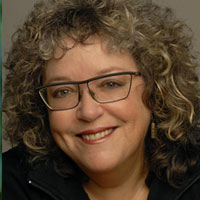 Mara is a former professor of communication at Seattle University, specializing in cross-cultural communication, social support networks, and solitude (solitudecourse.com).

In addition to being a Fulbright Specialist (Ethiopia, China); Mara spent over 17 years traveling, teaching, and volunteering abroad.  In an effort to promote passionate inquiry, she has designed over 300 salon programs — small gatherings to discuss contemporary issues — at Seattle University.   She is the author of three books:  Beyond Language: Cross-cultural Communication for ESL; Communicating Social Support; and, The Fragile Community: Living Together with AIDS.

Today Mara pursues art and works on issues close to her heart, including community activism and the refugee crises, raising funds for refugees through her project, Earrings for Peace (earringsforpeace.com). 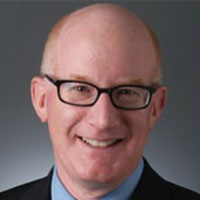 Larry is CEO of Kamer Consulting Group, a communications firm that specializes in issues and crisis management.  He is an adjunct professor at Carnegie-Mellon University and the University of San Francisco.

Larry serves on the boards of the Napa County Mental Health Commission and Congregation Beth Shalom.  He is past president of Jewish Vocational Service in San Francisco and a former board member of the American Red Cross Bay Area and the Bay Area Council.

He has been named a “PR All-Star” (Holmes Report), and as one of “America’s Top 10 Crisis Busters” (PR Week).  He and his wife, Devereaux Smith, have two adult children.

Randy is a criminal defense attorney who worked in the San Francisco Public Defenders office for 34 years, including as its Chief Attorney, before establishing his private practice, now based in Napa. He has represented thousands of indigent clients including many charged with capital murder. A graduate in Psychology from UCLA, and a JD from the University of San Francisco School of Law, he is passionate in his defense of those whose mental health issues led to their offenses.

While working for the Public Defender, Randy served on the State Bar’s Criminal Law Advisory Commission, the City’s integrated criminal justice information system policy committee, and its JUSTIS replacement project. Randy also served as a board member of the Municipal Attorney’s Association, the bargaining unit for all attorneys employed by the City and County of San Francisco.

Since moving to Napa, Randy is mostly retired and enjoys cycling throughout the valley with his wife Kelly, gardening, and spending time with his two adult sons and two cats.

Dan is a life-long educator. He is the Head of School at Blue Oak School in Napa. Previously he was the Head at Baker Demonstration School in Evanston, IL, and served sixteen years as a public-school administrator and ten years as a museum educator and history teacher in Chicago and Boston.

Dan is keenly interested in the relationship between progressive education and school leadership. He is an officer on the Board of the Progressive Education Network, serves on the Advisory Board of Erika’s Lighthouse, and is an active member of the California Association of Independent Schools. He was co-founder of the National Institute of Progressive Education.

He has published articles in a number of educational journals and given presentations at many organizational conferences including CAIS, NAIS, ISACS, AERA, ASCD, PEN, NDSG, International Network of Principals’ Centers, and the Museum Educators’ Roundtable. 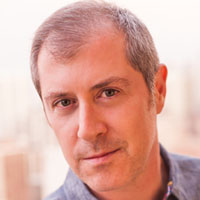 An experienced and dynamic Reform rabbi and educator, and an award-winning author or editor of ten books, including God at the Edge and Gonzo Judaism, Niles serves as the spiritual leader of Congregation Beth Shalom. He speaks nationally on matters of spirituality and faith, and his essays have appeared in Newsweek, the Los Angeles Times, and many other publications.

Niles was the founding rabbi of The New Shul, an innovative and independent synagogue in Manhattan’s Greenwich Village, which he led for over a decade. Prior to his arrival at CBS Napa, Niles worked in a variety of congregational, interfaith and academic settings while based in his native Chicago.

An avid traveler and outdoor adventurer, Niles has mushed dogs in Alaska, ridden horses in Mongolia, and done humanitarian work with communities in Central Asia and the Caucasus. He is a longtime practitioner of the martial arts, and he holds black belts in both karate and tae kwon do. Those skills have been useful to him, as he sees it, as he has fought his way through the challenges of being human. 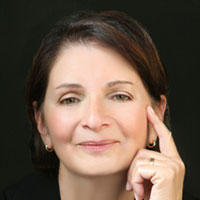 Evy Warshawski has worked in the nonprofit presenting field for more than 25 years, having brought thousands of performing artists to stages from 100 to 4,000-seat venues on a variety of campus and community stages.  She was the Executive/Artistic Director of the Napa Valley Opera House from 2004-11.

In 2015, together with her husband, Morrie, Warshawski co-founded E & M Presents (eandmpresents.org), a nonprofit dedicated to bringing live, touring performances geared to kids and families to Napa venues.

Warshawski currently serves on the City of Napa Public Arts Steering Committee and served on the boards of Leadership Napa Valley and the Napa County Library Foundation.  She writes a bi-monthly column, “The Arts Landscape,” for the Napa Valley Register.

“Do what you love, and you’ll never work a day in your life.”

Stay in Touch
How to Get in Touch with Us